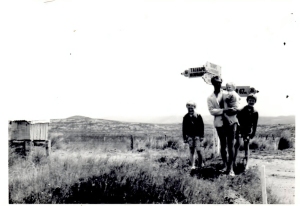 I am a country boy, bought up the back of nowhere in New Zealand. You will know this if you have read the life story bit of my blog, I shall assume you haven’t though and this post is about my take on country pursuits. It may be a little polarising as I have a very eclectic range of friends and acquaintances. Also some people come here who don’t know me at all and for some reason choose to read what I write. I apologise in advance if you discover I have views different to your own and you find mine objectionable. When I say I apologise, that’s not really what I mean.

When I say I have an eclectic range of friends and acquaintances I mean the people I mix with are incredibly diverse. There are those I choose to mix with even though I disagree with what they think. It gives me ammunition to have an ill-advised heated debate after a number of glasses of wine. Some I don’t choose to mix with but am required to by proximity. As an example, I have as someone who lives near me, the most appalling racist. I found this out after he had consumed the ‘judgement drink’. That’s the mouthful of alcohol you have when lose your power of good judgement and you cross the invisible line of feeling comfortable about saying out loud what you should keep to yourself. We have all taken this mouthful. For purposes of clarity it is about 3 glasses of alcohol after the ‘attractiveness drink’. That being the drink when you and those around you become more attractive than you or they where when the evening began.

I have friends who are vegetarians. I have cured a couple of this affliction, usually by consistent use of bacon on a Sunday morning. I know of at least 3 people I mix with who regularly read the Guardian newspaper. I have at least 2 friends who paid their own money for Genesis albums, so literally barking mad, but I still allow them in the house. So you can see I am not the judgemental type.

I have many friends I mix with on a regular basis who are fans of ‘country pursuits’. Country pursuits usually consist of the flushing, pursuing (hence the name pursuits) and the dispatching of wildlife in its various forms. I have been doing much of this since I was a wee lad with a dog and a blunt instrument, I graduated to firearms and have even had access to heavy artillery but I rarely used that on wildlife.

The primary industry of the countryside is the growing of food on the open bits, the woody bits on the fringes of the open bits carry wild things that are delicious or colourful, or a nuisance, or all of the above. I am going to have a chat about what I think about the way the countryside goes about its country ways with weapons.

I do not disapprove of hunting with hounds. I cannot defend it but I don’t want it to stop. It looks wonderful to watch. A massive number of country people attend, support, watch, and participate in the hunt. To those who think it is all toffs, it is not, people who think the huntsfolk are all toffs, have never been within earshot of the hunt. There are poor people in threadbare coats on borrowed horses aplenty among the hunt. 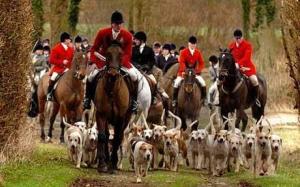 If you do not like the hunt, do not go and watch, certainly do not go and throw sharp things in the path of the horses and lay booby traps for those doing the hunting. If it is not for you that is your perogative but it is a little selfish to take the view that if you do not like it, then no-one should be allowed to do it.

Sadly a ghastly little man called Ken Livingstone, who I don’t think has ever been to the countryside, decided he would choose how country folk chose to enjoy themselves in their spare time. He tabled a bill in parliament and Politicians decided the pursuit of foxes, which are vermin remember, was more important to debate than the very important things happening in Britain at the time. The bill was eventually carried and hunting was banned in Britain.

I will venture that if the handsome Fox more closely resembled the creature from ‘Alien’ you might be less vigorous in your anti-hunt activity. It’s funny how our affection for wildlife is directly relative to how nice if looks in the flesh. There is much activity to curtail the rat population undertaken by entire departments of town councils but hardly any ‘anti rat killing’ campaigns.

All sensible folk are terrified of the vicious Shark but we go goosebumpy over the lovely Dolphin with its smiley face and flappy flippers. The Dolphin is also a merciless hunter, just not of people. Many people love ‘birds’ “Oh I love birds” they will proclaim. But I am going to go out on a limb and bet this does not include Vultures so much.

The hunt is a huge part of the British countryside way of life. I don’t want to do it myself, I don’t ride horses and I don’t want to chase foxes but I like to see it set off from the pub.

I actually have a bigger issue with the shooting of pheasants. I have been on a driven shoot and it was not a pleasant experience for a couple of reasons. Firstly it was bloody freezing, all day. Almost all shooting of pheasants is done in freezing fields and woodland. Why people choose to do this to themselves I really do not understand. Men and women pay a lot of money to stand by a stick in the cold while some people frighten pheasants towards where they are standing. The people with firearms then shoot the birds down when they finally take to the skies. Pheasants are bred in their millions for this. They are grown in incubators from eggs, raised in an enclosure in some woods then released for the purposes of being shot. I do not approve of this. Sorry my shooting fans friends, you crack on as I know you enjoy it but it’s not for me. Oh and the other reason I didn’t enjoy it was because I shoot left-handed, It’s the only thing I do left-handed. It is because I cannot blink my left eye for some reason. So with a borrowed right-handed shot-gun I was unable to hit anything. 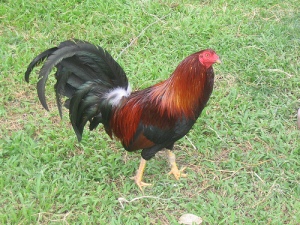 I have no great issue with gentlemen chickens fighting each other as a sport. I don’t do it of course, It is also illegal. It still takes place though in some parts of the country where the police aren’t looking. I’ve seen a proper fighting Rooster. It’s called a Gamecock. It is a magnificent creature, incredibly beautiful. But clearly from its entire demeanour, all it wants to do is fight and kill other ones. They are astonishingly aggressive birds. While I abhor battery hen farming and I have chickens of my own I have zero emotional attachment with chickens. They are like a lizard with feathers. I can dispatch them dispassionately when required. They are delicious.

Gamecocks live to fight each other, one wins. it’s nature. Left to their own devices in the wilds of Asia where they live, the minute they see another one in the vicinity they will fight it to the death. 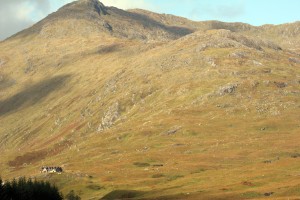 Finally I have stalked a stag on a Sottish mountain. It was a great privilege to do so as we were invited to a stalking lodge by some great friends. As a bloke getting to stalk a stag in the Scottish Highlands is a pretty incredible opportunity. My guide spotted my stag after we had walked some distance. We spent the best part of half a day, scrambling quietly up into the mist covered ‘Munro’ to get to within shooting distance of him. I crept up over a rock to see him about 150 metres away, minding his own business surrounded by a handful of his girls.

We ‘roared’ him to his feet as it is not sporting to shoot a loafing stag. He lept to his feet, snorting & steaming in the cold, extremely cross that a competitor stag had got so close to his patch. He stood there looking magnificent against the backdrop of the Highlands and I shot him through the heart.

It was much harder than I thought it would be. The deer culling in the highlands is a necessary action. I have stalked and shot my Stag. I do not wish to do it again though. The Antlers are proudly displayed on a wooden plaque in my house. I will not be making a collection.

I nearly forgot to mention the fishing bit. I like fishing, eating fish you have caught yourself is fantastic. I have a Shark phobia and have seen Killer Whales in the wild. That’s enough about fishing.

Back to my point. The countryside is about life and death. Nature is life and death. Some people wish to exercise their top of the food chain credentials. Many do not. I will not be stalking any more stags, but magpies continue to be a threatened species in my garden when they prey upon the little birds on my feeders.