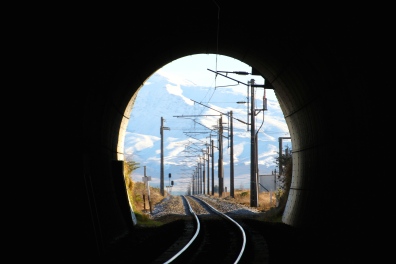 Well this feels a vaguely odd; it’s a bit like getting a beloved but neglected toy down from a shelf when you are feeling nostalgic.

It’s only been 6 weeks since I put up ‘the Freedom Years’ but I didn’t write that, I don’t write anything much these days. I haven’t the need. That’s what I’m going to elaborate on here. I mentioned I was pretty much done with my blog now and what follows is why if you are interested of course. If you are not, then you’ve read as much of this particular post as you need to.

Blogs serve a lot of purposes. Many people use them as a platform to pour out the anguish they can’t articulate any other way. Some use them as a way of playing journalist because they wouldn’t get a paying job as one. Others are journalists but like the independence of being able to publish their well researched content without the need to worry about the limitations or constraints of the owners of their day job media outlets.

There are cooks, designers, photographers, travelers, so many travelers. I’m pretty sure the vast majority, if we were to sort blogs by genre, would be travel related. Blogs lend themselves very well to recording travel stories and images.

Others, like me, just have a lot to say and like the fact that you can rant, rave, express and regale with as many words and images as you like, out loud, in public, uncensored but by your own conscience and common sense.

When I started the blog, I was in a very different place to where I find myself now. Mentally, physically and geographically.

My father had recently died, I was unhappy in my environment for a number of reasons. I had a job I did because I was able rather than because I particularly wanted to. There were other issues I don’t wish to discuss but in brief, I was, unhappy, angry, depressed, disinterested, dispossessed, homesick, and I felt powerless to do anything about any of it. It’s not a good way to live. When dad died, I started the blog to write down my life as he’d told us nothing about his. I started from day one and let the words run their own course.

I discovered I enjoyed stringing a sentence together. I’d had the odd rant on Facebook and had a whole bunch of things I wanted to talk in more detail about than general conversation affords you the opportunity to. I started writing blog posts on just about anything that occurred to me. This blog contains about 150 individual posts and only a handful are on the same sort of topic.

The more I wrote, the more I felt empowered to have a valid point of view. The more I was able to articulate the things for other people that were constraining me. I simply wrote what was on my mind at the time that I felt compelled to share. People seemed to like it. I thrived on the feedback. I started to believe in myself, my confidence improved and my opinion of my self worth improved. I started to back myself. I also realised I was doing the wrong thing, living the wrong life in the wrong place. Being fundamentally unhappy. This is not unique to me sadly.

Then a few things happened quite quickly. I’m not going to go into the detail but I changed my whole life. I made one or two dramatic changes of circumstance. I’ve written about this before in broad terms and I’m not about to elaborate on the detail now, as that’s not the point. The point is…I know right? I always take ages to get to the point.

The point is that I took control of my own life and life is a million times better if you set your own agenda rather than living with the consequences of other peoples choices. If you control your destiny rather than being a slave to your circumstances.

I made the decision to move back home to NZ and start again, at the age of 48. I have no stuff and no money but it was my decision to be in this position. I changed what I do for a living to something I have great passion for rather than something I have extensive experience in. I was still writing when I got home. I still had stuff to say to document what was going on and the new things I was seeing and doing. I wanted to talk a bit about the new New Zealandness around me. However….

Now that I’m in a good place, albeit poor. I’m making my own life to my own terms, doing what I want to do and living how I want to live. I just don’t have any inclination or need to write things on the Internet any more. I’m too busy living the life I made rather than writing about all the things whizzing around in my head. To use a New Zealandism, it’s all good.

I spoke to a friend the other day who used to write pretty prolifically on her blog and she is also in a much better place through the decisions she made to take control of her own circumstances. No more ‘blogging’ required by her either. Not just me then.

The Internet in general and blogs in particular supply an awesome platform for you to inform, entertain, rant and rave, teach or learn. You can tell your story or make one up. You can write down all the things you think nobody will want to listen to you say out loud. I tell everyone who will listen that they should document the things that matter to them.

I just don’t need to do that myself anymore. I’m writing this on a quiet Sunday afternoon when I have a load of things I should be doing instead. I think it’s important to get it down though. I’m not stopping the blog because I can’t be bothered doing it. I’ve got a life to live instead. I have a house to make into a home and a cool day job. I don’t have any time I would rather spend on writing things down. I’m just getting on with life. My new life and it’s all good.

As a footnote, I’m actually enjoying my photography more now that I’m getting better at it. I might start a photography blog instead. I’ll try and find the time. I’ve put together a free eBook of some of my New Zealand photography though if you want to download it. Like I said, it’s free, just click on the link here

New Zealand From The Side Of The Road