An open letter to the internet 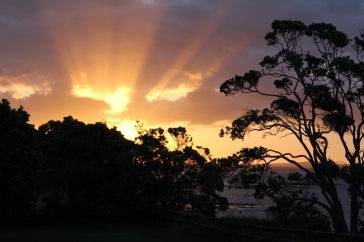 Hi Internet, you remember me? We’ve known each other for about 20 years now. I remember when we first met; you were very young at the time. You were pretty shy I guess. I mean I’d ask you something and you’d take ages to answer. You liked to show me stuff you knew about but it took me a long time to get any information out of you. I don’t think you were holding back, you just had some trouble figuring out how to tell me things sometimes.

Some of the stuff you used to show me back then was kind of cool, I remember you being really proud of the things you could do that others couldn’t. That dancing baby you had was strangely compelling. I was always amazed at how much you knew about everything and the people you knew. I remember when you first started to introduce me to your friends, we’d sit around and chat, we got to know each other pretty well and everyone seemed to think you were ok, a good friend to have.

I knew you had a dark side but I think that was just some of the people you hung out with, they were a bad influence. But you didn’t ever say no to them, you just let them do their thing no matter how weird it was and you became tainted by association.

It was awesome when you figured out how to get hold of all the music videos and share them with us, your friends. We totally loved that and when you helped us put our own videos up at your place that was even better. Well it was until those bad guys who kept hanging out around the back of your place started to put their weird stuff up all over the walls. But nobody made us look at it I suppose.

What I liked though was how you knew so much, had access to everything and anything about whatever we needed to know but you kept yourself to yourself, sitting quietly in the corner of the room until we came over to speak with you.

Remember when you decided you could bring food to the house instead of us having to go out for it? Amazing, not just food though, anything! I just had to ask you to organize it for me and someone would turn up at my door a few days later. It was like I had the whole world at my finger tips and it was all down to you. You were the best friend ever.

I suppose it was only natural you’d want to get out more though. We kept asking you for everything, relying on you for everything and then going out into the world leaving you behind at home. I guess you felt abandoned quite a bit during the day.

I understand why you wanted to come along with us, I mean it was great that you could ride along, and then you could show us stuff on the way. Hold onto our photos and take notes, that sort of thing.

It’s understandable that we all asked so much of you and you gave so much that you’d want something back. I remember when you asked to meet all my friends. You asked me to introduce you to people who you could network with to help you learn things as well.

The trouble is, the more friends you made, that meant more people bringing their friends. You let them all have a say about anything, all the time. There was no limit to what you wanted to know. You started asking all those personal questions. You started suggesting what we might like to know instead of waiting for us to ask you. You invented that thumbs up thing when you figured out what we wanted most was just to be liked or at least approved of by everyone. We would start seeking a thumbs up all the time. The thumbs up became an obsession for a lot of people who didn’t get much approval in other parts of their life.

Then you started bringing people into our houses. People we hadn’t invited. If they asked you the right way, you’d tell them anything because you knew everything. You’d tell them things we’d told you in secret. You didn’t even know you’d told them but you did. You sold us out! I’m sure it was by accident but you did nonetheless. It was very disappointing, how you’d become like that.

You’d let anyone come round. People who simply disagreed with anything we might think out loud within earshot of you, decided that as you’d told them, they could say whatever they liked to us, even if we didn’t know them. They could hide behind you and say vile things to us and about us even though it was nothing to do with them. You let them do it, why? They only do it because you let them, they wouldn’t do it if you didn’t. You let them hide. You even let Nazis and terrorist hang out at your place! You need to cut that out. We’re your friends; those people just give you a bad name.

Then you started hassling us to show everything to everybody. You offered rewards and prizes to get even more information about us so you could sell it to people who want to sell things to us. The trouble is some people can’t tell the difference between a real prize and a fake one offered by gangsters but you just let anyone ask. You don’t seem to care anymore who uses you to get what they want.

It’s not just me that’s just about had enough of how you are always in our pockets asking us to share everything with you. A lot of people are. I know you didn’t force us to put you there but you made it very hard for us not to put you there didn’t you? You made yourself indispensable. People are starting to put videos and cartoons up on your own wall. Having a go at you, at themselves, at each other for trusting you and using you so much. What does that tell you?

I guess I can’t do anything about how you’ve become anybodies for anything and you encourage everyone to share everything even though most of it should be kept or should have stayed private. I’m just not cool with it anymore. I’m not cool with you wanting to join me everywhere I go. I liked it better when you stayed home and I came to you for stuff I needed. That’s probably a bit selfish but you let us needing you so much go to your head. You got power crazy maybe.

Anyway. I can’t turn back the clock but what I can do is leave you at home. I’m not going to invite you to come out with me anymore. I’m not going to tell you stuff anymore, as I know you can’t keep a secret. I know it’s not your fault. It’s mine. I guess none of us knew what you might become when we first met you. You were so shy and withdrawn. If I was to put something positive on all this, it’s amazing what you can achieve with a lot of encouragement. I think that applies to anyone though, not just you and I still like that you’ll tell me absolutely anything that I want to know. I just don’t like what you do with what you know sometimes.

You’re going to show this to everyone as well aren’t you? I actually hope you do.