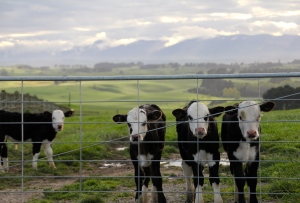 Look, it’s me again! I’m like a bus, or something. A British bus, not a New Zealand one. The adage in London is that buses don’t appear at all for a while and then 3 come along at once. I know, hilarious, but surprisingly true all too often.

Much news this morning about some significant development in the UN climate change talks currently taking place in Lima, Peru. That’s the Peru in South America, which requires a significant aeroplane journey for all attending apart from the Peruvian Delegation. It got me thinking about stuff in New Zealand that not many people know about New Zealand. How? You might ask. Stick around, I’ll tell you, when have I ever got straight to the point?

How it got me thinking was our attitude to our own carbon footprints here in clean green New Zealand. I know that doesn’t sound terribly interesting, but wait, there’s more. As I said, It started me on a tangent of thinking about all the things in NZ that not many people know about, like that we as a nation couldn’t care less about our Carbon footprint despite our tourism authority using the tag line 100% Pure New Zealand.

I’m afraid a lot of what I’m going to put here doesn’t paint us in a terribly flattering light, so I’ll throw in some cool stuff about how oarsum we are to counter balance any negativity, because we Kiwi’s aren’t keen on people thinking we are less than amazing as a nation.

We are amazing as a nation but we aren’t perfect, far from it. I’m just going to have a stroll around some of the stuff we don’t talk about much out loud, sort of thing.

Back to our Carbon footprint. Despite being touted globally for our clean air and pristine environment we actually have a government transport policy that penalizes us for driving low carbon vehicles. Amazing I know, but a tiny number of New Zealanders have embraced the clean burning diesel powered cars because they have to pay road user charges designed for heavy transport if they do. So they don’t and run petrol cars instead which have higher carbon emissions than diesel cars. Most Kiwis have no idea what their carbon emissions are from their car and certainly don’t make car-buying decisions based upon how bad for the environment the car’s engine is.

There is no Government policy in New Zealand designed to reduce our vehicle pollution as a nation. By and large the Kiwi’s position is still, ‘the bigger the engine the better’. Fuel economy comes a sorry second to engine power and carbon emissions don’t count for anything.

Speaking of pollution, it’s very expensive and time consuming in New Zealand to recycle anything. You have to pay to have your rubbish collected outside the main centres and recycling costs even more. So you just chuck your recycling in the rubbish as a general rule unless you are a conscientious recycler by choice and don’t mind paying the extra. The Germans would have palpitations if they saw our attitude to recycling.

Did you know we are the world’s largest exporter of dairy goods? We supply almost all the cheese used by McDonalds in South America? We have millions of cows pissing into our watercourses so the South Americans can have a cheeseburger.

Despite the cows best efforts our water is amazing though, most of our lakes are so clear you can see right to the bottom of them, if it wasn’t all dark in the deep bits. We also have 30 more species of endemic (not found in any other country) sea bird than any other country.

We have the heaviest insect, the largest worms and the oldest trees. We also used to have the worlds largest Raptor, the Haast Eagle, and the biggest bird in the world. The Moa. The Moa could stand up to 13 feet tall and weigh 500lbs. The Maori settlers ate them all though, tucked in to the last one about 600 years ago. Good eating, the Moa.

For inexplicable reasons, many women in New Zealand still hold an affection for fashion from the 1980’s. You will see them walking around wearing clothing which wouldn’t look out of place in a Bananarama music video. Baggy pleated cotton trousers and high heels, High waisted stone washed jeans with tummy revealing half length short sleeve jumpers, fluorescent lycra. Pastel colours and often the 1980’s haircut to match all of the above. I’ve checked and there are current fashion magazines from overseas available here but it seems many of our women preferred 1985.

We have terrible television, among the worst in the world, certainly that I’ve seen. The television is peppered with awfully poor quality advertising every 9 minutes and when it’s not advertising, it’s predominantly reality television shows from dawn till dusk, almost invariably about renovating houses, fishing, or what the Australian police do for a living. I assume it’s because a reality television program about New Zealand police officers giving out speeding tickets would get a bit dreary after the first episode. New Zealand’s police officers appear to mostly spend their time issuing speeding tickets. There’s not much else for them to do during the day,

When one of the well-known kiwi tweeters was viciously assaulted going to the aid of a stranger being mugged in a supermarket. The Kiwi tweeters started an online campaign that raised nearly $300,000 for her and her family. A Rottweiler attacked another well-known tweeter’s Chihuahua, the kiwi tweeters got the hat going round for her vet bills as well. Seriously, want to get any help with anything in New Zealand, go to twitter, they all know each other.

Speaking of attacks. There is a disturbingly large amount of domestic violence in the lower socio-economic sections of New Zealand Society. Too many testosterone fuelled men, with a warrior ancestry, whose role models are ranked in order of physical toughness. Being a tough bloke is the fundamental message of what defines a man’s self worth running through the psyche of too many New Zealand males. Men who value physical toughness over the ability to articulate their emotions, mocking, or worse, those given to verbal expression of their ideals.

That said, when the shit really does hit the fan and you need the worlds most resourceful, resilient, and hardy blokes around with a combination of physicality, can do, calmness and good humour, you call the New Zealanders, I’m sorry but it’s true. This has been proven time and again in the world’s great conflicts and times of crisis. We are good at this stuff. New Zealand blokes are also happy to have women in charge of things. More so than most other countries.

New Zealanders are terrible drivers, very selfish and thoughtless, oblivious to other road users. Here’s a thing though, did you know that 35% of our roads are unsealed. True Story, just turn off any main road and keep driving for a while. Speaking of roads. The South Island of New Zealand is about the size of England. But there are only 3 roads that cross it. The Haast Pass, Arthur’s Pass and the Lewis Pass. These roads are mostly empty most of the time. It’s fantastic.

All our roads eventually, sooner or later, go to the most wonderful wide-open spaces available to anyone who wishes to wander around in them. You can sit in solitude on a hill looking at a view the envy of anyone in the world less than an hour from Central Auckland.

We are a small country farther from any other country in the world than any other country in the world. Yes that does make sense. We aren’t all lush forests, snow capped peaks and Hobbits. We have some amazing and disturbing idiosyncrasies. Worth a visit though. It’s still good to be home. I must tell you how that came about one day, and what I do with myself now that I’m here.