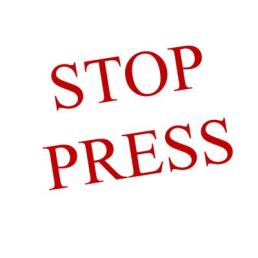 When I lived in England I used to be an avid reader of newspapers. I used to watch the news on television every night without fail. Since returning to New Zealand my consumption of current events seems to be almost entirely via the radio or online. When I am consulting news media on the Internet I mostly use the New Zealand Herald or the BBC News sites. If I am in the mood for a laugh, I might have a quick look at the English ‘Daily Mail’ Website. I gather it’s the biggest website in the world now which is hugely depressing given the relentless barrage of pointless speculation, xenophobia, fear mongering and reportage of minor ‘celebs’ who but for their regular coverage by the Daily Mail and other gossip sites disguised as news media would be entirely unknown.

While I’m discussing English Newspapers, there is something about them you won’t know unless you are English. All Newspapers in England make an outward statement about their reader. You are defined somewhat by the newspaper you read, or ‘take’ as the more upmarket English refer to the procurement of a broadsheet or tabloid. “Oh Do you take the Times? I take the Telegraph,” one might say.

So what do I mean about what a Newspaper says about the reader? It goes as follows, I’ll just use the most widely read papers for sake of brevity as this is meant to be an informative digression and not the point of the post.

The Times is a somewhat highbrow vessel for the City gentleman or lady who likes the opinions of Rupert Murdoch. It’s for those members of the Establishment who don’t like the governing Conservatives until Rupert Murdoch decides he does. The ink comes off on your fingers.

The Guardian is read by socialists and social workers. If you ‘take the Guardian’ you are a rampant lefty.

The Daily Telegraph is effectively the propaganda vessel of the Conservative Government so is also known as ‘The Torygraph’. Its ink also comes off on your fingers.

The Daily Mail in paper form (The website is very Americanized) could also be known as ‘the Xenophobes Digest’ but it would be too hard to say and sounds a bit foreign. If Hitler were an Englishman, he would have ‘taken’ the Daily Mail. I used to suffer from anxiety and depression until I stopped reading the Daily Mail and I was cured immediately.

The Mirror and The Sun appear to be for the manual labourers and football hooligans. They are comics in Newspaper form. The Mirror is basically the simplified version of a Labour Party Manifesto and the Sun has a half naked lady on page 3 to be ogled by men in Hi-Viz clothing drinking builder’s tea in ‘Caf’s’.

You see? Careful what you inadvertently buy from a newsstand in Britain. You may be making a statement you don’t wish to make.

Back to the news. It struck me that there was a consistency in the News reports I was reading and hearing. It began to occur to me that you don’t have to tune into the news all that regularly and this extrapolated into an idea for an annual news summary for anyone in the world to see what was going on elsewhere in the world at a glance. Give or take the occasional catastrophe or natural disaster. I’m going to undertake a public service by summarizing the news for you. Regardless of where you live.

A politician was loudly accused by other politicians of using their power for personal gain or to the betterment of influential people with money.

The political parties from either side of the spectrum accused each other of incompetence and fiscal mismanagement.

Someone recognizable in a position of influence decried corruption, violence or brutality in a third world continent or country.

The climate is not something we can control, It’s warmer now than it was and it’s probably our fault.

There was a car accident in which a salt of the earth character died. They were loved by everyone and always helped others while making them laugh. It’s a tragedy.

A politician was accused of something they shouldn’t have done.

The Economy is moving, either up or down.

Houses cost too much.

Unemployment causes problems and we need to look to future development of our economy.

People are getting older which is a ticking time bomb for the economy.

The host country of the newspaper did something significant on the international stage.

The Rescue Helicopter was called to rescue someone injured doing something they shouldn’t have been doing in a hazardous location.

Some school children undertook a pointless exercise to break a record in order to raise money for a worthy cause.

Local councilors are accused of overriding local interests in some infrastructure project, which while benefitting the local economy will cause some unattractive works near a beauty spot.

A well-known character is retiring after many years of community service.

An old lady made an extraordinary number of things by knitting or crocheting.

In Africa. Rebels invaded a neighbouring country shooting large numbers of people from other tribes or cultures, or religions.

In Europe. The French and Germans made some statements about the EU and expansion of European Federalism being a good thing.

In the east of Europe, the locals want to be European but the Russians want them to be Russian.

In South America. Poor people got publicly rambunctious about their deteriorating personal situations.

Young people demonstrated loudly about wanting an iPad, the internet and Democracy but the old people who employ the army and police think the young people should stick with religion and tyranny, they used and tear gas guns to convince them of the merits of the old fashioned ways of life.

Various Dictators in the region oppressed their subjects to greater or lesser extent.

In Asia. The Japanese and the Chinese made statements to the detriment of each other over some islands.

The Korean Peninsula continues to be a tinderbox.

India is accused of spending too much money on technology while millions live in poverty.

Countries ending in ‘stan have too many insurgents who keep causing trouble or their leaders don’t appear to have western interests at heart as much as the west would like.

In Oceania. Australians appear to be a nation of racists by happily putting all refugees in prison and New Zealanders don’t make the international news unless they are teenagers good at golf or singing or the Hobbits come to visit.

The Future Queen of England, Australia, New Zealand and the greater Commonwealth wears the same frock twice and gets a new haircut.

In USA and Canada.

The Republicans and Democrats argue over who should be in charge and do everything in their power to undo everything the other party tries to do for the betterment of America out of spite.

There are tornadoes in the middle bit of America.

The President makes a long-winded statement about the issue of the day as though the American opinion of the event is the only one that matters.

A famous person gets engaged, or divorced.

A famous actress leaves her underpants at home when she should have known better.

A famous actor shows his underwear on purpose.

The UN issues a strongly worded condemnation of bad behaviour by nations behaving badly, but do nothing further.

Nothing happened in Canada.

Men who own large companies earn too much money.

Banks want less regulation so they can take more of peoples money and charge them more for storing it.

People who run the internet earn another trillion dollars for making young people look at their smartphones more often.

In Soccer, Golf and Tennis the usual suspects played each other and the results went largely as expected. In other sports, much the same.

Some athletes get caught taking drugs.

That’s enough news for this year. If there is a major catastrophe, the first few pages of the international papers will be devoted to extensive coverage and Her Majesty the Queen, when asked for a comment, will be shocked and saddened.

So, that’s saved you consulting the Internet or newspapers to read a new variation of the same story every day.

Didn’t someone say no news is good news?