NZ Memorial to the lost in the battle of the Somme.

I was in the New Zealand Army for a while and take quite an interest in NZ military history. There are some very inspiring and interesting stories about what Kiwi servicemen and women got up to in the world’s great conflicts.

Kiwi’s have a pretty incredible military history and I want to talk a bit about some of the most amazing of our service people. So if you would like a snapshot of how the Kiwi’s punch way above their weight in a shooting war, this will give you a couple of good stories to toss into a quiet night in the pub.

New Zealand sent over 100,000 troops to the First World War and suffered just about the highest per capita casualty rates of the war of any country. (Our population was barely one million at the time) In World War Two the Kiwi’s achieved some impressive feats. In North Africa, Greece, Crete and Italy, in the skies over Britain and Europe.

In the Pacific Campaign. Army, Navy and Airforce all heavily involved in very large numbers, going overseas to fight for King and Country. In fact over 200,000 men and women from New Zealand served in the Armed forces during the Second World War. Our population at the time was just over 1.6 million.

New Zealand made the 3rd largest contribution by country of pilots to the RAF during the ‘Battle of Britain’. The man widely credited with masterminding the victory in the Battle of Britain, Air Chief Marshal Sir Keith Rodney Park GCB, KBE, MC & Bar, DFC, was a New Zealander. He came to be known as ‘The Defender of London’. 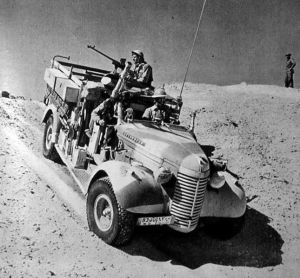 It was the New Zealanders who breached the German lines at El Alamein, which turned the tide of the war in North Africa. It’s a fantastic but not widely known fact that the world famous ‘Special Air Service’ or ‘SAS’ originally evolved out of an outfit in the Second World War called ‘The Long Range Desert Group’ (LRDG). A raiding and reconnaissance unit operating deep behind enemy lines in the North African Desert Campaign.

The LRDG was initially called the ‘No 1 Long Range Patrol Unit’ (LRP). When first formed it was made up almost entirely of volunteers from the 2nd New Zealand Division! The 2nd New Zealand Division had been specifically selected to ask for volunteers to form the LRP because of their unique qualities as soldiers and men. Men who were ‘energetic, innovative, self-reliant, physically and mentally tough, and able to live and fight in seclusion in the Libyan desert’. Made of stout stuff, the Kiwis. Rommel would have told you that. He said the LRDG “caused us more damage than any other unit of equal strength”.

New Zealanders have served with distinction in pretty much every theatre of operation since we formed a military. Since the great wars, we’ve had troops in Korea, Vietnam, Malaya, Oman, Rhodesia, Bosnia, The Gulf Wars, you name the conflict, we’ve most likely had military personnel involved in some way or other. This comes as a surprise to most people.

We’ve also had a large contingent of our SAS doing some tough fighting in Afghanistan. It’s worth noting that the NZSAS selection course is the worlds toughest Special Forces selection and training. It is an incredible combination of endurance activities. Taking men to a place only the very strongest of mind can undertake and complete. I say strongest of mind because such extreme physical endurance requires a state of mind most just don’t have. Way beyond where the vast majority would give up and quit, or worse.

The greatest and most famous award for valour in war is the Victoria Cross. The French might argue that the Legion d’Honneur is, but since Salma Hayek got one for being married to a friend of Sarkozy I think we can settle that argument. The Americans will vote for the Medal of Honour. I’m sure it is a tremendous medal but it is not the Victoria Cross.

New Zealand soldiers are the world’s most prolific winners of the Victoria Cross per capita of all nations eligible, which is the entire Commonwealth. That’s pretty amazing.

Everyone has heard about Gallipoli. It was the most famous of the ANZAC (Australia and New Zealand Army Corps) battles in the First World War and there are a couple of key facts everyone should know. New Zealand put about 15,000 men on the beach at Gallipoli. By the end of the campaign approximately 7,500 of them were killed or injured.

The Kiwi’s won a disproportionately low number of gallantry awards for their heroism in that campaign because of the attitude of the British officer in charge of the NZ expeditionary force. Think about it. If you are an ambitious officer given command of some rough colonials fighting on a cliff face this is not your ideal posting. If you have a limited allocation of gallantry awards you can hand out, who is best to give them to? Some ropey Kiwi soldiers or the young officer sons of the Generals you are desperate to impress back home who can help your career? Exactly. 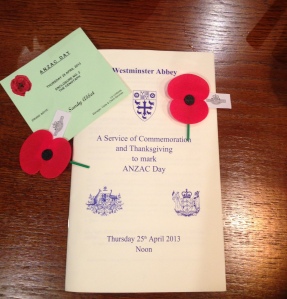 This is not a history lesson but one bit of information should give some perspective of what Gallipoli was like. At 4.15 am on the 8th of August 1915, 760 men of the Wellington Battalion set off to take Chunuk Bair, a vital piece of high ground just 15 feet wide at its summit. By the end of the day only 70 men were left.

The following day much the same casualties were inflicted upon the reinforcements. Fighting for your life on a hot rock face with no food or water in the face of innumerable attackers fighting for their own country is a tough way to spend time. We cannot imagine today what those men went through.

Of course New Zealand soldiers fought on the Western front as well, in all the major battles. The Somme and Passchendaele being the most prevalent. A day we must never forget is the 12th of October 1917, during the third battle of Ypres, known as Passchendale. In just two hours, more than 2,800 New Zealand soldiers were killed, wounded or listed as missing – the most disastrous day in New Zealand’s military history. Imagine those numbers just for a moment for a country which at the time had a population of around one million. We had sent over 40% of our entire male population of military age to fight on the other side of the world and those who went were mostly killed or injured.

There is too much heroism to talk about in a short essay so I’m going to just flag up a handful of incredible men.

Sergeant Richard (Dick) Travis, VC, DCM, MM & Croix de Guerre (Belgium). Most have never heard of him but he was probably New Zealand’s greatest ever soldier. He won the three highest military decorations it was possible for a non-commissioned officer to win. He was completely unique in his day. Years ahead of his time. He spent his war out in no man’s land most nights, raiding, sniping and harassing the enemy lines. Fighting a very effective guerrilla war making the Germans lives a misery. In those days you kept your head down until the time came to go ‘over the top’. Dick Travis went over the top all the time. At one stage he went out on 40 successive nights. He never wore a helmet. He was a huge inspiration to the troops in his unit the 2nd Otago Battalion. He died in action 26 July 1918.

Many regard Captain Charles Upham VC & Bar as our greatest soldier. Upham was an incredible man and the only combat soldier in history to win two VC’s. Much has been written about his exploits so I won’t elaborate here. I just want to remind you of him. He is one of our country’s greatest heroes and was a very modest man.

The greatest injustice in NZ military history occurred in the 2nd World War. Fighting in North Africa was the New Zealand Maori Battalion. They fought with great heroism and distinction in Greece, Crete and Italy. They were very much in the thick of things in North Africa.

At a place called Takrouna in Tunisia. A very small handful of soldiers led by Lance Sergeant Haane Manahi DCM fought the most extraordinarily fierce battle on a rocky hillside. Hand to hand fighting by a small band of troops against massively superior enemy numbers on very unforgiving steep terrain. I won’t go into the whole story of Lance Sergeant Manahi’s heroics in this battle; you might like to read about it in detail. But despite FIVE Generals recommending him for a Victoria Cross. One even remarked “in my opinion the most gallant feat of arms I have ever witnessed in the course of the war”, it was downgraded to a DCM. It was because another Maori soldier, 2nd Lieutenant Ngarimu had won a VC just a few weeks previously. Apparently it was unseemly to award two VC’s to Maori soldiers in the same campaign.

Well worth noting is the VC for Sergeant James Allen Ward. He won his for climbing out onto the wing of a Wellington Bomber to put out an engine fire. Imagine that for a moment. Lying on the wing of a plane at a few thousand feet, going a couple of hundred miles an hour fighting an engine fire with a canvas cockpit cover, in the dark.

You should read about the extraordinary Nancy Wake, known as ‘the white mouse’ who was No 1 on the Gestapo wanted list in France. Nancy was an incredibly brave woman who worked with the resistance to help over a thousand allied POW’s and shot down airmen escape from occupied France.

There are so many stories on incredible heroism by the Kiwi’s at war; there are many great books on the subject. I find it really inspiring and I’m sorry I can only list a couple of particular story’s here as blog readers don’t hang around too long. It’s also a shame so little was made of our most recent VC in the news outside New Zealand. Corporal Willie Apiata VC (NZSAS) won his fighting in Afghanistan and lived to tell the tale.

So there you go, if you wish to find out more, and you should, the internet is your friend.