Your challenge, should you choose to accept it, will be to decipher the bits of this post where my tongue is in my cheek and where it is not.

I live overseas from where I was born. I have travelled as far to my current home from my original one as it is possible to go without heading home again, but I have done little travelling. I’ve been to lots of places in the world but I would not say I have ‘travelled’. If you look at the many, nay, millions of travel books, reviews, websites, blogs and so on extolling the merits of wandering the world in clothing that doesn’t get washed as much as it should. I’ve not done that. I take holidays, which is different to travelling in my book. I don’t have enough money nor leisure time to ‘travel’ but the bigger reason is that I have no great desire to do so, no really I don’t 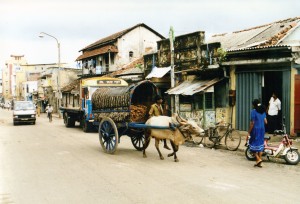 Let’s look at where you have to ‘travel’ to rather than go on holiday. Africa, South America, Asia and the Sub-Continent. All are seething masses of humanity interspersed with jungle, or desert, or bandits, or wild bitey things in abundance. In each of those continents are major tourist attractions. Places like Machu Picchu, Angkor Watt, The game reserves, some more temples and souks. A mountain fortress or three, some very large rivers full of things that want to and will actually eat you alive.  So these major tourist attractions are called that for a very good reason. They have attracted all the worlds’ tourists, who will be there while you are there, getting in your way and annoying you. Most will have arrived in the country using scheduled airlines and use public transport to the attraction from their very nice hotel nearby. The ‘travel’ fans will have got there the hard way from some doss house or backpackers hostel, which is much the same thing, and pretend it’s better to be tired, hungry, dirty and perpetually in danger as it’s being a real ‘traveller’ rather than a tourist, who is warm well fed and comfortable. I’m not convinced.

The ‘traveller’ might say to me that I haven’t lived until I’ve kayaked on the Amazon. I know for a fact though that Jungle river journeys are unchanging from one week to the next let alone from hour to hour. I would be bored after half a day of seeing jungle on the banks of a river. Maybe I should ride a Camel in the Sahara? I’m confident that after half an hour the novelty would wear off. Perhaps I should haggle with a market trader in the Sudan. I know I would want to punch him after his continued insistence that I am impoverishing his children if I offer any less for what he is charging 10 times the value of. I’ve had a street beggar trying to sell me a Canadian stamp in Sri Lanka for $1US. I have no need of Canadian stamps and I’m certainly not about to pay a man in nappies more than their face value, no matter how persistent he is.

‘But you must go to Africa’ people say. I can assure you that I do not wish to spend even one night with just a canvas wall between me and giant man eating Lions wandering about loose, hungry, nearby. 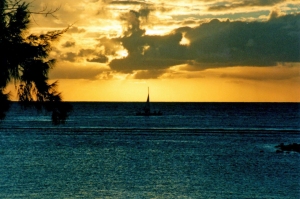 I went to an island in the Indian Ocean once, a place that people might regard as a tropical paradise. I know of many people who are very jealous (or would be if they knew) that I had spent two weeks on holiday on Mauritius. There are many tropical island places which many people pay an awful lot of money to go to as it looks amazing in the brochure or on the internet. Let me tell you what a day on a tropical island paradise looks like.

Am, get up, breakfast on things made from fruit. Walk the few yards to the beach, lie on it. Walk into the knee deep warm water and look at the fish. Beach again. At midday walk the few yards back to the resort for some lunch made from fruit. Back to the beach after lunch, lie on it. Back in the knee deep warm water. Back to lie on the beach. At about 5-6pm, walk a few yards to a beach bar, have a cocktail. Dinner in the resort restaurant with fruit for pudding, back to the bar. Drink expensive things regardless of the alcohol content. Bed. Next day, repeat and repeat, and repeat until you go home.

No, I’ll stick with my annual holidays and city breaks in the civilised places where I can sit in a wicker chair and do what I like to do most on my trips abroad. Eat food, drink beer and wine and watch other people. Given my current location this is mostly in Europe.

A holiday to me is where you spend the duration in one base, relaxing. Ideally driving my own car to a nice rented house and take little adventures about the local area when you get bored with all the loafing. It is not trekking for miles from one place to the next on poor quality public transport to see as much stuff as possible among a whole bunch of people I would not want to invite to my house. See the difference?

When it comes to City Breaks, Europe is actually very small and there is no city in Europe you need to spend more than two nights in, if you are me. The reason I say Europe is very small is that there is so much of it I have no need to see any more of and I’ve not seen all that much. I went to Amsterdam, which you can do in a day, no need to see any more of Holland as Amsterdam is the best bit. I’ve done Brussels, which you can do in a day, and Bruges which you can do in an afternoon, so that’s Belgium sorted. I had a couple of days in Geneva once; you can do Geneva in a day. You are getting a drift here aren’t you? Any city in all of Europe requires no more than a day for you to get the best of it.

The ‘travel’ fans will say but how can you possibly do that in a day, what about the galleries and museums?

I say to you that I have been in three galleries and museums and do not need to go into any more as I’ve seen everything. The galleries are always full of ‘Grand Master’s which are enormous gloomy paintings of men on horses, half naked fat girls eating fruit, some fruit on a table or flowers in a vase and some countryside scenes or olden days cityscapes. There will be another few rooms with some people and horses sculpted from marble before you arrive at the rooms with the pictures drawn by children with crayons. They are all identical.

Well except the one where there was a room full of empty frames, televisions with blank screens, a projector showing blank slides on a white screen, some books with nothing but plain paper pages unadorned with anything, you know, empty. Conceptual art it was called! No art is what it was and they wanted me to pay to see it. That is simply ridiculous, moving on.

The museums are uniformly full of broken bits of old things on a plinth or a stick with a description underneath in foreign language type which is too small to read. There will be some suits of Armour, some fiendish looking weaponry on display, perhaps an Aeroplane or two hanging from the ceiling and some stuffed animals in glass cases. There will also be some Roman, Greek and Egyptian stuff. I don’t need to see any of that anymore as it takes up valuable time I would rather spend sitting in a wicker chair watching people. 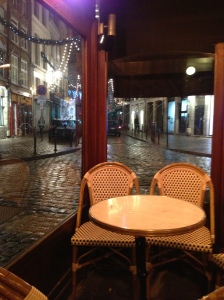 A City break is easy and should be pretty cheap. You fly to a European City of your choice. Each country will have its distinctive architecture; you decide what you like best or haven’t seen before. Stay in a clean chain hotel you’ve got a deal off a website for. Unless you have more money than you can count there is no point paying a lot for a smart or boutiquey hotel unless you have no plans to leave it. What’s the point? It’s a bedroom and a baggage store! You enter it to drop your bags, and leave about 10 minutes later. You don’t come back to it until it’s time to sleep and you leave it again immediately upon waking up to go out and catch your plane home. You spend your first morning seeing all there is to see in the invariably tiny town centre of the European city of your choice, get some lunch, poke about in a couple of shops then hit the wicker chairs in time for a drink, to watch the people go by.

That’s why you never need more than two nights. Giving you one full day in the city centre which is the only bit worth seeing. All European Cities, unless they were blown to bits in the wars, have a very nice centre where all the good stuff is. Outside that are the suburban tower blocks which you don’t need to go and visit. Two nights and one full day is all you need for all of them unless you like to see the same thing twice or stand in queue’s to see some art. 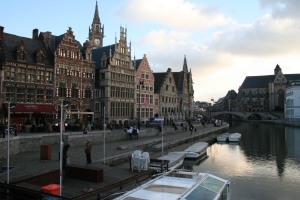 You’ve been there and back in a weekend, got a smidgeon of culture and all is good, meanwhile, the ‘traveller’ is on some rainy, windswept platform waiting for a train that only comes along once a day to take them to a place nobody but them really wants to visit which is why there is no scheduled flight there.

I like a holiday but I have no desire to ‘travel’ and there is a difference.