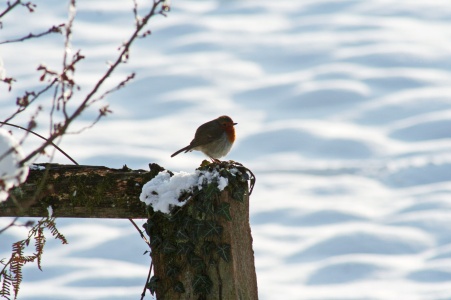 I know I said happy Christmas and all that on my last post but the post wasn’t very christmassy. This is going to be along the lines of a ’round robin’ thing one might put in a Christmas card. Sort of a roundup of the goings on in 2012 which in many ways was quite a momentous year. If I was one for doing round robins this is what it might look like, sort of.

There will be some photos along the way and I will finish up with a fantastic Christmassy photo I took in France. So, to begin

For reasons best known to ourselves we thought a great way to kick off 2012 was with a puppy. We had lost meg on 14.12.11 and we are used to having three dogs. For the record this is the last time we will have 3 dogs. We drove to Oxfordshire to look at some Parson Jack Russell’s and didn’t get one of them. Yes, we are strong enough to walk away from a puppy. The next day we drove to Stratford-upon-Avon where we didn’t walk away from a puppy. Because the puppy was Pip who I am sure you will agree was actually the world’s cutest puppy.

The weather has been a feature of much discussion for everybody in 2012. Much discussion because there has been so much weather.  Very little of it has been good weather but the weather has been abundant. We had snow in February, not like the ‘great snow’ of 2010 but enough for some fun and photography without becoming a nuisance, like the ‘Great snow’ of 2011 which overstayed it’s welcome. We had -10 degrees Celsius here in Surrey as well. -10! Not as cold though as the ‘great freeze’ of 2009 when we had -15 for about a week but enough for some nice ‘my word that’s a bit parky’ photos. 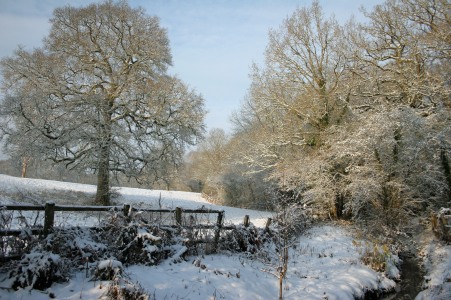 In February we felt a quick trip to the continent might be a good idea. We wanted to do a bit of a supermarket shop and visit a couple of war memorials. We thought it might be a treat to take Jessie with us as she is ‘the special one’. For the record we will not be taking Jessie on any further foreign adventures on her own as she does not embrace being left in the car by herself. When you pop into a supermarket for example.

Lesson learned and we also learned that Arras is not really worth a second visit. Vimy Ridge memorial is though. It’s amazing.

On the 24th of March, spring arrived. It was a very nice day and I believe that was the last one we had in 2012. I’ll let you know if I can think of another. I think that was also the day when I actually figured out how my camera works. 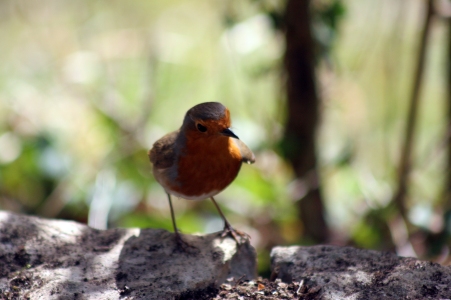 I also started a Photographic project called ‘The great British tradesman’s entrance’. It’s a work in progress with no set timetable but it will feature things along these lines. You know, tradesman’s entrances, in Britain. Hence the name. I’m very creative like that. 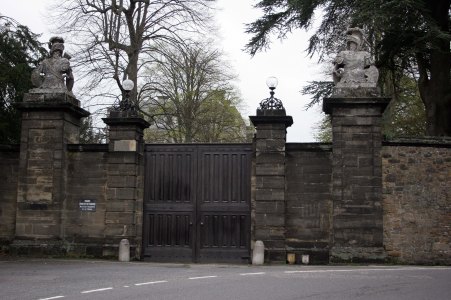 In May we were invited to the 50th Birthday celebration of our Friend Hugo or Huge as we call him it’s only a little disturbing that we get invited to our peers and friends 50ths now but I’ll lighten that by saying how wonderful it was to get together with some friends and be hosted by Hugo and Maxine or Max as she is known. It’s also wonderful to have friends called Huge and Max which is an excellent name for a couple.

May was also when Her Majesty’s Jubilee celebrations started to get into full swing. The highlight for us was the fact that the Royal Air force on its way to thunder about above London to show off for the Queen flew directly over our house while Enroute to the Capital. I managed to snap this shot of an Apache Gunship among my shrubbery. I’m very pleased with it. 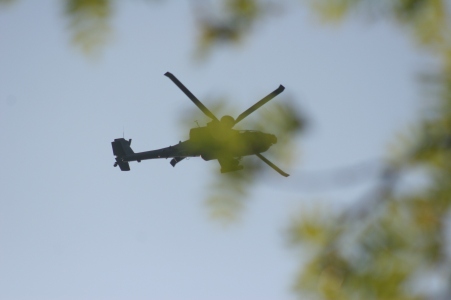 One of the perks of Jenny’s job is that she can get cheap rates at nice Hotels so we can have little breakettes without breaking the bank.  June seemed like a good time to sneak away for a couple of days and Lisbon looked like a sound option. 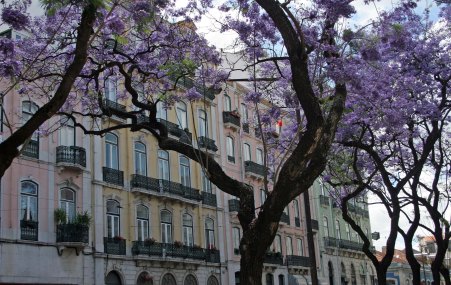 It is but watch out for the couvert!

Also in June my long lost Aunt came to visit. My Dad’s baby sister who I hadn’t seen since I was 13. Chris filled in the gaps in the family story for me and advised me of several new cousins she had just recently found out about. My wider family had increased in size by about 20% and who knew such scandal and intrigue existed on my father’s side of the family?  Having dinner and a few drinks with Chris was like having an episode of your own personal soap opera explained to you. But a huge welcome to the family to Francis, Ashley, DeAnna and Todd.

June is also the Festival of Speed at Goodwood where it rained so much it was a very poorly titled festival. I bought an expensive umbrella but managed to find myself under cover each time the heavens opened using some sort of new 6th or weather sensing sense. The weather was ‘changeable’ though and I did manage to capture probably my favourite action shot of the year. Imagine trying to photograph these two in focus. I had a nano-second as the crossing speed of the Jets was about 1000 knots. 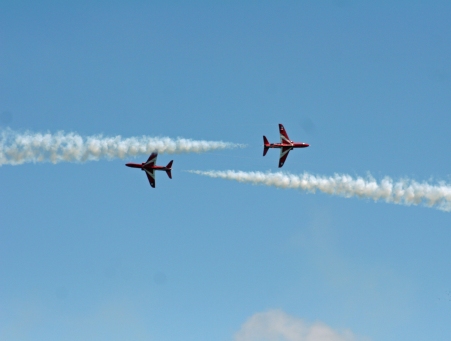 I also learned that the ‘signature’ bike of the Indian Motorcycle brand is called the Indian ‘Kiwi’ Chief after Bert Munro of ‘The World’s Fastest Indian’ fame. That’s pretty cool.

The British summer was just that in name only. I think the actual day it happened was the 24th of July.  It was a nice day so worth waiting for. None of that mattered though as the actual summer holidays were upon us. Holidays as in time off work.  We packed up the car. Left the dogs in the capable hands of my Aunt Chris and set off for Southern France. I’ve already written about the holiday on my blog. It was called ‘once upon a French Holiday’. We had the most wonderful time. The house was perfect, so much so that we are not telling anyone where it is or which website it is on. We have booked it again for our holidays in 2013. So that’s brilliant. While we were there Jenny made me drive around stealing posters of fetes, vide greniers and any other likely looking poster that would look nice in her new garden shed.  The shed does look better with the little French posters on its walls. Don’t get me started on the shed. 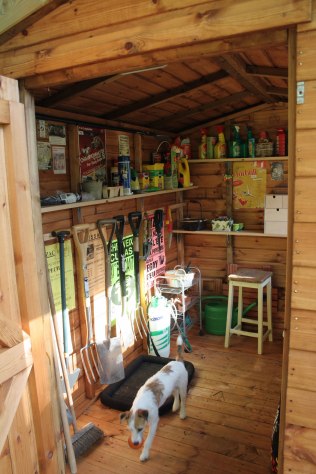 Around this time there was a running and jumping festival of some note in East London.

It went terribly well and the British have generally had a tremendous year at playing games which has made everyone very happy. Well apart from the Footballists who proved yet again what sort of value for money they offer us.

My book had been doing the rounds in New Zealand and was very well received. Have I told you about my book? It’s largely to blame for all this really. The blog, the writing, all of it started again after about 25 years of not writing anything with me knocking a few memories together to send back to the rellies at home. There are also at least 2 copies in America! One in LA and one in Oregon somewhere, in a tent I think.  If you don’t know about the first book you haven’t spent enough time having a poke about in my blog!

October bought us back to Scotland. I also wrote about that.  In October in Scotland I climbed my mountain, as one does.

Nearly there!  In November I went on a business trip to Cornwall and popped to Padstow which isn’t as nice as people think it is. The worst weather in Britain in 2012 turned up on the 22nd of November and I drove nearly 300 miles home through it. For the first time in all my years of doing an awful lot of driving I had to stop and take shelter for a while just to recover my concentration in the middle of the journey.  Roads were washed out. Trees were flying across the motorways. I had to divert across entire counties to make my way back home.  It was by some margin the most exhausting days driving of my life. I’d make a joke about it but there just isn’t one.

December arrived in a downpour and we went to Lille for a night out.  Because we can and it’s cheaper than a night out in London.  I also wanted to take a Christmassy photograph. Which is what I will end this with. Funnily enough it was raining in Lille.

Today is the 21st of December. The day the world ended apparently which is a shame as it all looks very similar to yesterday before the world ended. Apart from the fact it isn’t raining.

The lowlights of the year? My expensive Wellington Boots are not as waterproof as I would expect them to be.  The realisation that some people are not what you might have thought.  The weather.

The highlights? Me publishing my little book about what I have been up to and it being enjoyed by so many people. The Sandysviews book being accepted into the iTunes bookstore. Pip turning out to be such a great addition to the family rather than a pain in the arse Jack Russell. Some of the great images I’ve been able to capture this year as I got used to how my camera actually works. Like this one! 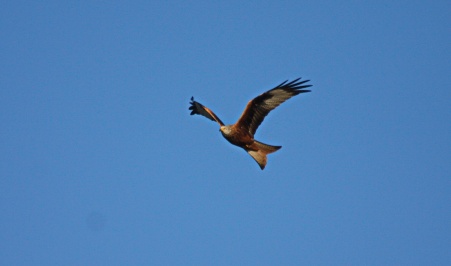 I’m delighted with the amount of traffic on the blog. I enjoy writing but I get far more pleasure out of it being read by other people than I would if I wrote it just for myself. The blog exists to entertain, inform or amuse. I don’t do it for me. Want to know a couple of key statistics?

Depending on whom you ask there are about 196 countries in the world and I have had visitors to my blog from 129 of them and that is completely amazing. That is the number that makes my year.  Thank you for visiting and have a fantastic Christmas or holiday season if Christmas isn’t your thing. I hope 2013 brings you all the things you wish for or need. Here as promised is my favourite Christmassy photo, from a street corner in Lille. Taken with a camera on a mobile telephone.  Cheers!