Keep it under your hat. 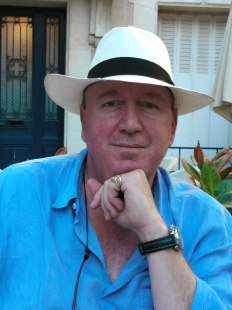 Did you know I almost always wear a hat?

This story is not about hats but in my house there is a thing known as the Panama hat cycle. I wear hats a lot. In the summer, my headwear of choice is a splendid Panama hat. I also have had dogs for most of my life and dogs start out as puppies. You can already see where this is going can’t you?

One day at some stage I will take my Panama hat off and leave it within reach of a puppy’s interest by accident. The hat will become very secondhand quite quickly and need to be replaced. This happens every few years, about as often as I have a new puppy so it’s surprising I’ve not learned my lesson yet.

As a result of having to replace my Panama hat every few years I have come to learn the one thing almost all Panama hats have in common. They are made in Ecuador, not Panama. Panama hat manufacture is not Ecuador’s primary industry but it cannot be far down the list. Oil, banana’s and coffee seem to top the list of things they make money from. Having had a read of Ecuador’s history and current events I can conclude that not much happens in Ecuador. The sun rises and sets at 6am and pm every single day, apparently. Now they have a another profile in Ecuador though.

It seems Ecuador is the new dream destination of those who can’t keep a secret. A home for the internationally indiscreet.    Still sitting in the Ecuadorian Embassy in London where he has been since mid 2012 is Julian Assange. Young Julian the Australian former computer hacker and fan of airing Government laundry wants to move to Ecuador as he feels he may be compelled to pay the American judicial system a visit if he walks about in the street. Julian felt that he didn’t want to go to Sweden to answer some sexual assault allegations in case the Swedes extradited him to the USA. The Americans wish to ask him some questions about why he likes to publish all their secrets on his website. It appears they would very much like to put him in prison forever for being indiscreet.

The thing is you can also be extradited to the USA from the UK but Julian isn’t facing any charges there, he is in Sweden though. This makes a visit to Sweden very unattractive to him, given the questions he would have to answer but clearly does not wish to. He’s a huge fan of free speech is Julian but doesn’t wish to discuss allegations against him nor have his day in court to defend himself. Apparently this is because he doesn’t want to go to America. Of course it is. So he is going to move to Ecuador instead, as one does when one is wrongfully accused of something in Sweden.

Julian runs a website that people can ‘leak’ state secrets onto for consumption by the general public. Not many of the secrets are very interesting to anyone except those who might like to compile reasons for not liking people in authority having secrets. They are mostly things you might have assumed happened anyway but you saw them written down on a Governmental letterhead.

Julian is going to have a new friend if he ever gets to Ecuador. A chap called Edward Snowden who is now also very famous for being indiscreet. The crime he is accused of is revealing that the Government spies on its own people. Apparently we have all moved to some 1984 style surveillance state and the Government wishes to read our emails and listen to our phone calls. That sort of thing. Edward feels for some reason that his future also lies in Ecuador. I hope he finds the climate agreeable and the predictable sun rise and set to be comforting. Given the latest stuff that’s come to our attention away down here in the Antipodes, I don’t think he will be wanting to move to New Zealand. So Ecuador is still the preferred destination apparently.

Here’s the thing though. I don’t think it’s up to people like Julian or Edward to tell us what a democratic Government wishes to keep quiet about that goes on in the back reaches of a world few understand. I like to think that those we have elected to govern us, to keep us safe are best informed about how to do that. That will involve doing some things sometimes that we are best not made aware of. Sometimes it’s not in the best interests of those tasked with protecting us to have their secrets revealed where enemies can read them. Not everything has to be transparent. Not when it comes to our national or personal security.

Somewhat ironically, Julian and Edward are being accused of being spies among other things, by revealing spying secrets. Like spies do. Apparently they don’t see themselves as spies though. Quite the opposite, somehow.  Far from the usual Eastern European setting, I always had this image of a spy reclining in a linen suit in some far flung exotic destination. At some seedy bar waiting for his contact to arrive. He’d have his Panama hat positioned just so on the table as a secret signal. At least Julian and Edward can look the part with an endless supply of Panama hats when they get very bored in Ecuador, as not much happens there. There is a large American Embassy though. I believe the Embassy staff also get bored; they might get a new secret project soon.