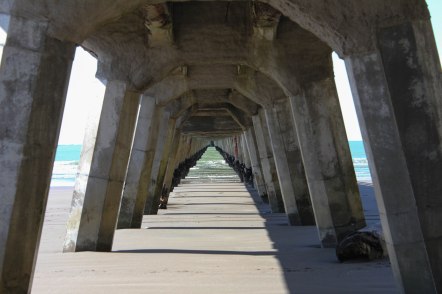 This post is special. It’s about an amazing part of New Zealand. I wanted to get some proper images up of the location this story is about. It’s an incredible area and deserves to have some appropriate photography to show the place off properly, so I’ll pop a few among the words.

There is a phrase you hear from time to time when English people discuss New Zealand. I first heard it about 20 years ago when I arrived here and I still hear the exact same phrase now. ‘New Zealand is a bit like Britain 50 years ago’. That’s true in the respect that some New Zealand men in the countryside still routinely wear hats. Apart from that it is complete nonsense. New Zealand is a young and vibrant country largely full of friendly people with a can-do attitude. Two of the most common phrases in New Zealand are still, ‘no worries’ and ‘she’ll be right’. The purpose of this post is to talk about a couple of things that the guide books tend to gloss over. If you are actually from New Zealand you may see some of yourself and people you know in this, you will also learn something you most likely don’t know. If you are not from New Zealand, almost all of this will come as news to you as you will only know what you have read in books or seen on the television.

I grew up in rural New Zealand. People who aren’t from rural New Zealand have no concept of how rural it is. Put it this way, when I was young and I’m sure it’s still the case now, when you were driving from one place to another in your local area, you would be able to identify the occupants of any passing vehicle by name. You recognise the cars, utes, or 4×4’s and you knew who was driving, chances are you could even identify which member of the family was at the wheel based on the way it was being driven. You knew old Bruce from the valley road crawled along at snail’s pace admiring his neighbour’s livestock, no not in that way! While his wife flew along in a trail of dust like her hair was on fire.

If you saw your mate or neighbour coming towards you and you had time, you’d pull up alongside each other in the middle of the road and have a yarn for a while. Talk about the weather mostly, for ages. No-one else was coming that way today. If you had pressing issues somewhere else and you recognise the car but can’t stop, you raise your fingers off the steering wheel in a sort of wave, but your palm stays resting on top of the wheel.

Your elbow is out the window and you are driving with one hand.

All Kiwi blokes have two tone arms. One is browner than the other. It’s the driver’s window arm. If you see a car you don’t recognise, you only raise one finger, or maybe two if you are in a good mood, of your hand briefly off the steering wheel in a sort of mini salute, ‘I see you, I know you aren’t from around here but hello anyway’.

As a visitor to New Zealand, if you get off the main roads taking you to and from your next incredible bit of scenery, or tourist destination, you will remark time and time again until you get used to it. ‘There is nobody here!’ This is because there are only the people who live there, not many of them, and their movements to and from home and an irregular visit the local small town, nobody else comes by from one year to the next. There is nobody about in very large chunks of the country. You want peace and quiet? That’s where it is.

When I joined the army, having spent all my early driving days with one arm out the window it came as quite a shock that we were not allowed to put our arms out the window when driving. Unprofessional or something! What on earth do you do with it if you can’t rest it on the window sill? They might as well have chopped it off altogether!

I’m pretty sure all young Kiwi soldiers have bruised right elbows from smacking them on a closed window for about the whole of their first year. Many of the guys in my unit in the Army were from what we call the East Coast.

What we know as ‘The East Coast’ to give it the proper name is East Cape. It’s the part of New Zealand north of Gisborne and it’s one of the most amazing places in the whole country, but nobody goes up there. When I say nobody, some intrepid trippers might drive from Gisborne in Poverty Bay to Whakatane in the Bay of Plenty, but bugger all do. You want to know why?

It is the New Zealand of 50 years ago and then some. Nowhere else in New Zealand is like it. 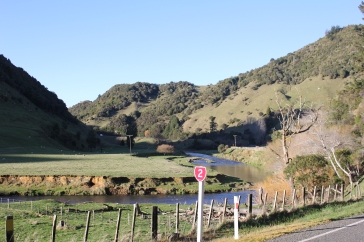 The road to Gisborne

I said it’s bloody miles and nobody goes there but, how far? Ok, big picture! Let’s say you have more time than the usual tourist who visits New Zealand and you get across to Hawkes Bay to have a crack at some of the tremendous wines. You’ll head for Napier and the Heretaunga Plains. It’s brilliant there, you’ll have a lovely time and head south for Wellington when you’ve finished.

No-one has suggested you head North up the East Cape instead and besides you haven’t the time. You need to head for the South Island to look at some mountains and rivers. Let’s say you did consult a map though and looked north to East Cape. It’s 3 hours drive from Napier to Gisborne! East Cape is way beyond it and nobody told you anything about it, why on earth would you head that way? Because it’s incredible! You get to Gisborne and you’ll think you are at the end of the world. You look at a Map and the journey around to Whakatane and civilisation again is a full days driving if you want to stop and look at anything and once you get going you’ll want to stop and look at everything! The coast is beautiful, the beaches inviting. The little coastal towns, extraordinary.

At Tolaga Bay is the most incredible jetty, huge great big thing stretching away out into the bay.  600 Metres in fact. Massive! In the old days, you couldn’t get the farm produce from the cape out by road so it had to go by sea. The only place a ship could get near enough to shore was at Tolaga Bay but it’s quite shallow, so the jetty had to go way out to into the bay. It’s the most amazing sight. It’s the biggest jetty of it’s type in the Southern Hemisphere and now people just fish from it.

Further up the coast is Tokomaru Bay.

The place is pretty much all boarded up as commerce dried up and the rural Maori who lived here moved away to the cities. It’s like a ghost town, very sad but there is a pub away at the end of the bay you’ll stop for a lunch at, watch a couple of Maori blokes wading on the little reef with their paua sacks getting some seafood ‘for a feed’.

Not far beyond Tokomaru Bay is the country town of Ruatoria, just off the main road. Go and get a pie and some L&P from the Four Square store. Stand in the middle of the main street because you can, you’ll think you’ve been transported back in time. I’m pretty sure the pub in town still has a hitching post outside. The blokes who drink in the pub are foresters, pig hunters, shearers, farm hands, musterer’s and the like. Back country people, Maori mostly.

The East Cape is a predominantly Maori tribal area. There are many places up here of great spiritual significance to the Maori people. You’ll see Mt Hikurangi in the distance which according to Maori mythology was the first part of the North Island to emerge when Maui pulled it as a giant fish from the ocean. The legend of Maui is fundamental to Maori mythology and it’s a major part of our cultural heritage. Learn the story if you don’t know it. 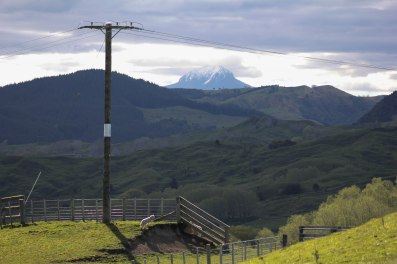 Hitting the road again, which you’ll mostly have to yourself. You head for Hicks Bay, pretty much the Eastern most point of New Zealand. Stand up there somewhere and look out across the Pacific Ocean. Next stop? South America. It’s quite an experience. Just around the corner is Lottin point, which has proper Deep Ocean just off the rocks somehow. It offers some of the best land based fishing anywhere. The water is so clear you can actually see very large game fish in the sea below your feet. Like nowhere else on earth.

Once you’ve passed Lottin Point you are on the run down to Whakatane. Many pretty bays, interesting villages and places to stop and snoop, but it’s the run from Gisborne up to Lottin Point where the real history, culture and scenery lies.  You’ll be pleased to get to Whakatane and get some sleep. You’ll remember that trip round the cape for the rest of your life.

Let me give you the dream road trip itinerary from a place you will have heard of, Rotorua.

Instead of following the tourists north or south, do this!

Rotorua to Wairoa, through the Urewera National Park. Take some time to walk in the bush and see the lakes. 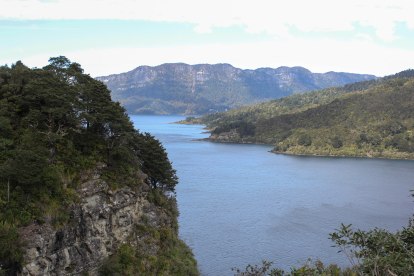 That’s a day trip, find somewhere nice to stay that’s not in Wairoa.  When you see Wairoa you’ll see why I say that.

Wairoa to Hicks Bay, another day trip given all the things you’ll want to stop and look at. When you get to the Hicks Bay Motel and wonder out loud at the incredible scenery. Ask the motel owner why he still isn’t making the most of it and tell him how a window works better than a wall. You’ll see what I mean when you get there.

Day three is back to Whakatane and peel off back towards Rotorua and Taupo if you are going south or Tauranga if you’re heading north.

You should make that trip. You will have a better life because you did. I think the East Cape is by some margin the best part of New Zealand that the least people visit. Almost no-one goes up there. Most kiwis have never been up there and that is a travesty. Go and visit the East Cape and wave at every single person you see, you won’t see many and they will all wave back.

This final image is of Sunset at Mahia by an old School friend of mine, Stuart Brown who still farms near Dannevirke where I grew up after we moved south from Mahia Penisula.  Mahia Peninsula is where Hawkes Bay Meets Poverty Bay, which is where the East Cape essentially starts.