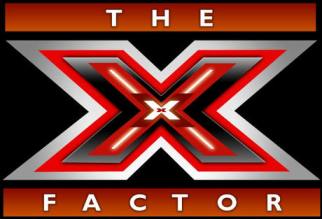 I haven’t had a proper rant for a while. I’ve been too busy being reflective or trying to be more about having a glass a little bit more than half full. Today my glass is quite empty in figurative terms though, because last night something dramatic happened in television entertainment. When I state what occurred you might wonder ‘why on earth does that matter?’ In respect of what actually happened it doesn’t at all, it is but a trifle, apart from offending my own sense of what is right. But it occurred to me afterwards that this simple yet extraordinary occurrence on a reality television show reflected something far more disturbing.

On the UK version of X-Factor last night Ella Henderson and James Arthur found themselves singing for survival while Rylan and Christopher went through to the next show. Sounds ridiculously trivial doesn’t it? Why does that matter? It matters because Ella and James are a couple of the greatest natural talents to ever appear on the show while Rylan has no talent at all apart from flamboyantly showing off and Christopher is best known for collapsing in  hysterical tears. The public, the general public, prefer the show off and the nervous wreck. The public are allowed to vote. They are also allowed to vote for things that matter.

You may think ‘but it’s just a silly singing contest’ which it is but there is something about this that is far more indicative of where society is heading. I’m confident it will not be too long before we are allowed to cast a vote in general elections online or over the telephone or with the ‘red button’. People are becoming less willing to leave the house to do anything meaningful. Asking an entire public to go to a polling booth does not have long term legs as a means of getting them to cast an opinion. They will be allowed to do it from home and that will mean the decline of civilisation as we know it. The people who breathe with their mouths open and move their lips while trying to read will be able to vote for the politician they find the most amusing, which they will, as they won’t have the first idea of what their politics are. I’m absolutely confident that if you allowed telephone and online voting tomorrow and she was allowed to stand, Kim Kardashian would be President of the United States.

Picture a scene where David Cameron, Ed Miliband, Nick Clegg and Rylan Clark were the candidates for Prime Minister based on the general public’s telephone voting being the deciding factor? You think I’m kidding don’t you? Think about it just for a moment.

If you think I’m making it up or making a mountain out of a mole hill look back at the last televised debates between those who aspired to be in charge of Britain. David Cameron, the posh boy representing the hated Tory Establishment, Gordoom Brown, the angry man representing the ‘workers’ and the chap with the fresh face and a nice haircut representing the people who didn’t like posh boys from the Establishment or Angry Gordon. The trouble is that The Fresh Faced chap with the nice haircut who seemed so reasonable is now Deputy Prime Minister despite about 75% of people who voted for him having no idea what he stands for. If I was to go to their house and tell them they would have seven fits. If I was to explain to the new Liberal voting public in the last election that the reason Abu Qatada is still in Britain is a direct result of the decisions of people who think the same as Nick Clegg they would actually have a heart attack.

Liberals are liberals, they believe terrorists, rapists and murderers have exactly the same rights as you the voting public. If you also think that, good for you and your beliefs! But I’m concerned that many don’t think that and voted for a bloke who had a pleasant face on television. The people most loudly calling for the immediate eviction of Mr Qatada and the lynching of care home staff in Wales include many who voted for Mr Clegg because he had a nice face and haircut. Careful what you wish for let alone vote for.

(In here used to be a paragraph or two about a controversial issue that I had clarified for the uninformed. But it seems they didn’t like it very much, some even didn’t want to be my friend anymore because of what I wrote! God forbid a work colleague or potential employer might have read it! So I decided that as occasionally stating facts for fun in a mildly controversial fashion is my hobby rather than my day job, I took it out. I’ve censored myself. Sorry about that)

Back to my point on the X-Factor as it kind of rolls on from here. The ignorant are being allowed to decide things based on what amuses them or whichever bandwagon they find the most appealing. Of course the public voting on a televised singing competition should be allowed to choose Rylan because he is the biggest show boater over Ella or James who are amazing musical talents. My point is that this is happening more often and for all the wrong reasons because people vote for the lowest common denominator, the easy option that amuses them in the moment. This must never be allowed to happen for anything that matters. If you assume it never would just look at the last American Presidential Election. Almost half of American voters opted for Governor Mitt Romney! Imagine if Kim Kardashian was standing in his place. She would actually be the President. Careful what you wish, but don’t vote for.

So in conclusion although it seems trivial in the small scheme of things, in reality it’s obvious that X-Factor voters choosing Rylan and Christopher over Ella and James heralds the start of the end of civilisation as we know it.

Careful what you wish and don’t vote for. I must vote in X-Factor next week to save the world from Anarchy.