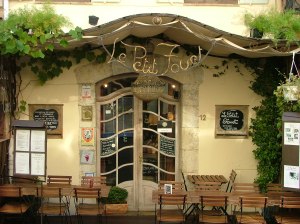 I have a love/hate relationship with food. The most cursory glance at me will tell you that I clearly love the stuff. I didn’t get to be the man I am today by not making the most of the meals put in front of me. However I really hate cooking. I mean, I HATE cooking. I can think of few things I would rather do less than prepare a meal and that’s just for myself! I could not even countenance the thought of putting food together for other people. I find it stressful, messy, annoying, did I say stressful? Hot, bothersome, painful, stressful, eye watering, tiresome and ultimately incredibly unrewarding. All that effort and anguish for some sustenance. Why? You do know that you can buy stuff already prepared in a supermarket now. People try to claim it’s better to do it for yourself as it’s more fulfilling or healthy or something. Those people are nothing like me. If I lived alone there would be no point having an oven in my house. Just one hob would be all I needed, to fry bacon and eggs on, or steak, or sausages. I’d have a microwave for everything else. I did live alone once, for a year or so, never used the oven once.

I don’t like to watch cookery programmes on television either, certainly not that awful Masterchef one. What is that? It’s horrific. Members of the general public wish to enter some cookery competition and be shouted at, ordered about reminded about times and deadlines with some more shouting. Once finished they have the food they made picked over like it’s some cure for cancer rather than just supper. It’s supper not lifesaving science!! Look at those celebrity chefs, all sweating and swearing about making a meal. Talk about making a meal out of making a meal. So I think we have established I find the preparation of food to be something best done by others.

In a relationship, I’d be very supportive of a partner in food preparation though. I’d pour drinks and play the music while she cooks. I then eat the ensuing culinary production. That is my important contribution to the evening meal. So as I said, I really like food. Though not in way which requires me to attend smart dining establishments which provide you with a food menu but bring you works of art on a plate rather than what you ordered for dinner. You know what I mean, all that crap about jus and reductions, exotic sounding menus in French when you are in England or any other English speaking country. Why does everyone assume if it’s written in French it will taste better? I do like to go out for dinner, don’t get me wrong. I love going out for dinner. I love spending ages on the menu before choosing the variation they sell of what I usually have.

When I am abroad I will sometimes go ‘off piste’ though and try the local delicacy. Often this works and you get some piece of fresh local fabulousness cooked with great care by people who want you to enjoy what they like to cook the most.

A while ago I found myself in the very splendid town of Troyes in North Eastern France. I felt a nice weekend somewhere in the vicinity of the Champagne region would be a good idea. For the record, I now know that Troyes is too far for a weekend away but it’s good to learn things. The local delicacy of this part of France is the Andouillette sausage. I went to a tremendous little restaurant where the owner did all the front of house stuff by himself. Amazing! I asked what he recommended and he said that they served the very best Andouillette sausage in all of France. A bold claim indeed but I looked around the room and a chap at a nearby table was tucking into his helping of Andouillette sausage with great gusto, he held up a slice on his fork to show me how good it was and he also said it was “Fantastique!” I duly ordered the best Andouillette sausage in all of France and looked forward to my culinary delight.

It’s worth noting at this point that I really like Haggis, love the stuff.  I love that it’s on the menu at the very smart Boisdale restaurant under the description of ‘offal of the day’ I have Haggis every Burns night. Haggis does not actually taste like offal at all. Andouillette sausage really does. I mean it tastes and smells like the intestines of a dead animal. One that has been dead a while. The best Andouillette sausage can only be described as rancid sheep guts rolled up and cooked. This can be the thing with your regional delicacies you see, like those little birds you eat whole with a tea towel over your head somewhere else in France. Or sometimes it can be surprising in another way, for example in a very good restaurant in Madrid once upon a time I asked the Spanish colleague I was dining with to choose for me a meat based Madrid speciality. She did and the waiter bought me a scorching hot terracotta plate and some raw slices of beef. I had to cook my own bloody meal and still had to pay for it. Outrageous!

Do you know what the national dish of Germany is? It’s a giant pig’s knuckle covered in soggy pig fat with a side helping of pickled cabbage. I don’t even need to say any more about that.

Back to France though. What they eat most in France is ducks, or things made from ducks and geese. They make my favourite thing in the whole world to eat at lunch time. I call it the man salad. They call it the Salade périgourdine. It comes in a variety of guises but my one must have slices of duck, and ‘geziers’, not either or, but both and ideally ‘au Fois Gras’. I’m not interested in the arguments about how Fois Gras gets made; I like what it tastes like. A proper Salade périgourdine is something that resembles what a heart attack might look like if you were able to eat one. But it actually is still a salad so therefore incredibly healthy or something like that. It is fantastic and on my holidays I have one every day for lunch, because it is my favourite thing.

My theory of consumption of food and dieting is largely based along the line that I have no interest in the calorific value of a meal. My position is that if it tastes good, it is good for me. If though it is very fatty or too sweet or whatever I probably won’t want to eat so much of it. This means I’m less likely to harm myself with my food because it will start to lose its deliciousness when it gets ‘too much’. That’s what matters most to me in a meal, if it is delicious, not the calorie count. This is how I measure, control and manage my intake of food and it works very well without all that angst about what is good or bad for you.

Life is for living. Bon appetit!