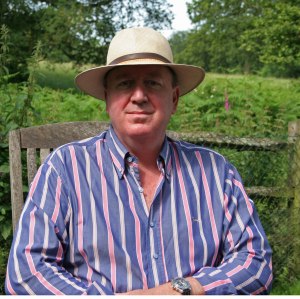 I have an awful lot of clothing, for a bloke. I’m talking 53 shirts, 22 pairs of trousers, 9 blazers, half a dozen suits, 12 overcoats or jackets. That’s just the stuff hanging up. I also have drawers full of folded things. I also have a lot of shoes, at least 2 dozen pairs of regular shoes before you start counting boots. Which is surprising, given the size of my feet.  Good big shoes that don’t look like hideous clodhoppers are hard to come by. Have a look at the shoes available over size 12 in any shoe shop sale. They look like corrective shoes. It seems chaps with size 13-14 don’t need or like their shoes to look smart. So when I see a pair of big shoes I like, I buy them. Simple.

I also do not own any running shoes or trainers as some people call them. I do not go running so don’t need any. Running shoes are for running. Nowhere in the marketing literature will it say they also look splendid in the pub. This is because they don’t.

The reason I have so many clothes is because in my opinion I mostly have a face for radio. At least people can make an effort to look a bit stylish in their dress if they don’t turn heads in the street with a fabulous visage. This post is sort of about what people will go through and might do to look good.

The motivation for this post was when I read a statement on social media by a friend who looks amazing anyway. She tweeted as follows “Okay, time to start working off the lbs gained over the last week. 1 hour of body conditioning followed by 30-40 mins cardio.” My immediate reaction was “that sounds horrendous”. I have read about people who get some sort of endorphin thing from physical exercise. It makes them feel full of an enormous sense of well-being apparently. Utter rubbish. I was fit as anything in the army. I could run fast for miles, I never felt great afterwards though, just puffed, tired and sore.

The exercise I do is walking the dogs. I went to the gym once. It was awful. It was full of blokes in tank tops looking at themselves in the mirror while they pulled faces at themselves as they played with bars with weights on. They walked about as though they carried a roll of carpet under each arm. They made silly hissing and puffing sounds as they ‘pumped iron’. The girls just ran or cycled or rowed in tight lycra if they had a nice figure or baggy t-shirts if they didn’t, often with earphones in. I’m guessing more to shut out the silly male hissing noises rather than actually to listen to music. The whole place smelled funny. Then when you go and get changed the blokes are all walking around like it’s some roman bath. The Gym is vile. I prefer the pub. I can keep my clothes on, sit in a comfy chair with a delicious beer or glass of wine and get my own enormous sense of well-being. I don’t have to catch a glimpse of men drying their hairy bums afterwards.

I will dress up a bit to go to the pub. My ex- wife thought I spent more time getting ready than she did. Well she was better looking than me, so there. To me it’s about making the best of what you’ve been dealt. I don’t really have body issues as I’m a big bloke but I also don’t want to walk about half naked on a beach for a few days in the summer. I have never wanted to do that. I wish I was elegant, but I am not. If you look at me you think rugby rather than cricket batsman.  I’m sort of used to it as there is nothing I can do about it.

Even when I was a fit young thing in the army, I used to hate catching a glimpse of myself in a shop window and always felt subconscious about being out with all the beautiful people. Then I figured well at least I can try and look smart. It’s not about labels really or fashion. It’s about shirt, trousers and jacket. Shirt tucked in rather than out. Polo shirt out over shorts is ok but not a dress shirt in the evening. I’ll wager you will not find any properly stylish bloke out anywhere nice with his shirt hanging out. I know it’s popular for shirts out over your trousers when going out. But I just see one of the Gallagher oiks walking down some street on that album cover. I don’t want to look like that.

My formative years as a young chap about town where the 80’s when the clothing was vital to ‘looking the part’. I earned $125 a week in the army and I once spent $375 on a pair of trousers!  In the 80’s you also needed hair. I didn’t have enough hair to do amazing things with. Enough about the 80’s

The thing about fashion though is that if you try and keep up with it. You are mostly a girl as blokes fashions moves more subtly. Girls are more concerned with the current look. What bothers me though is that the industry setting this new trend every few months or even weeks to convince women to part with billions to get latest big thing is largely run by gay men or small women. Their products are demonstrated by skinny girls who never smile and don’t eat. Gay men find men or boys attractive, not regular sized women. Look at any model on any catwalk in any show in the world. She has the figure of a 12 year old boy. She is the size of a coat hanger as that is exactly what she is. The clothes on the big fashion shows are more about flamboyant people showing off what they can do with a pair of scissors and some fabric. It’s art, not clothing.

They win a prize for being the best designer so that they can charge more for the regular clothing the fashion shows spawn. Like concept cars at car shows evolve into what we drive on the road. Sadly though there are slaves to fashion who are also fashion victims. It seems few of these people, the vast majority being women, own a mirror or have friends. For if they did, the mirror or the friends would say. “You can’t go out dressed like that, you look ridiculous”. The best way to see this in action is to go to a smart race meeting. It is a clothing car crash at every turn.

I also don’t get the current big thing in England; I haven’t seen it much in evidence elsewhere. It’s the young girls and women who forgo clothing their bottom half and just walk outside in public, in tights. Often accompanied by some large ugly slippers from Australia. I do not understand why girls want to walk around town in their underwear and big ugly slippers.

So, if you aren’t George Clooney or Elle McPherson. If you have some issues with how you look physically. Don’t wear things that will draw attention to your faults. If you are a big lump, cover it up. No-one wants to see a big lump in a tight frock or a fat bloke’s tummy hanging out at the beach. Just buy a mirror and use it. Wear things that accentuate the positive, minimize the negative. Don’t let people point at you and snigger as you walk by because you chose to enrich some little man in Europe who would actually cringe if he saw you in clothes he designed for people half your size and age. I’m all for classic styling personally. But surely just a quick glance in the mirror at your outfit or ask your other half or friend if you look fabulous, acceptable or eye catching? If people point and snigger at your friend when they get dressed up, perhaps ask someone else.

So wear fashion because it is fashionable. Fashionable is different to trendy. Let the young be trendy. If you are young, enjoy it while you can. If you are my age, stop it, you look silly.

Now excuse me as I have to go and polish my fabulous new co-respondent shoes that I have finally found in my size. 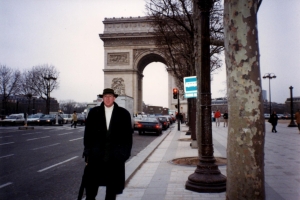