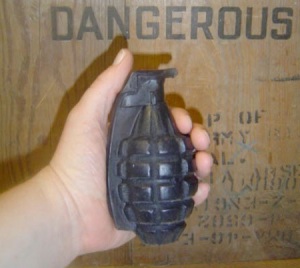 This could be a bit polarising, maybe even generate a bit of comment and debate. My blog is very eclectic. It’s where I think out loud, sort of. I’m going to have a think today about equality between the sexes and what that really looks like in the world I live in. I don’t live in yours so hopefully you can make a comment at the end to castigate or congratulate, or offer your own views.

Firstly I am happy to be around girls and women. I like them very much. I do not mind if I have a lady boss or have to take orders from a woman in charge of things. I come from a country that was the first in the world to give women the vote and quite recently had five of the most senior positions in the country filled by women. My mother is a woman as I understand is the case for most chaps. I went to both single sex and co-ed schools. I can say with some authority that co-ed is better when you are at school. I don’t really care about the educational benefits of one or the other, I just know when you are a teenaged boy it is better to be around girls as well rather than just boys, unless you are going to grow up to be homosexual of course.

So I have a well-rounded view on how the world works. I believe it works like this. Women can do most things in this day and age that they wish to. They can be a captain of industry or the captain of a ship. They can fly a fighter jet or personally shoot the Taleban in the face. They can fight fires and abseil from Helicopters. They can climb Mount Everest and ride in horse races. Elizabeth Taylor won the Grand National at the age of 12 remember.

However it would appear with all this emancipation there are still some things that seem fairly universal. Women can do anything and still have babies. There are of course countries in the world where a women’s place is in the home and we are busy fighting a war with the worst of them. Over a hundred thousand soldiers from a number of countries are fighting a war against some religious gentlemen in a country with few redeeming features who don’t think girls should go to school. We buy an awful lot of petrol from another country where women are not allowed to drive or even walk around outside without a chap in escort. We don’t have a war with them because we like petrol and they have most of it.

There are women who think everything should be on an even footing. In Britain it’s women like Harriet Harman and that shrew that sits near her in Parliament. They don’t even like men holding a door open for them. All this has achieved is made me more likely to let it swing shut in front of them if they pull a face. It has not made me more thoughtful or accepting of all the things women want to do. Like most men I know, I was already very thoughtful and happy for girls to do whatever they want. It just makes me shrug and think the ‘feminist activist’ ones are a pain in the bum. Stop hectoring me and telling me what I should do or should think. We live in the real world, not some legislated equality utopia.

In the real world, that we mostly live in, there is still a little bit of inequality going on. For example the women I’ve known will not usually let me handle secateurs. I know of few women who will let their chaps anywhere near delicate things in the garden. When the gardening gets done, I stand about with a spade waiting to dig holes. I manhandle a wheelbarrow full of cuttings. I get to be the one who uses the manly chain saw. Girls do not look right with a chain saw. Chain sawing is man’s work in my world. It’s like throwing.

When I was in the army one of the best training days was grenade practice. The female soldiers were not allowed to throw grenades. This is because everyone knows that unless they have spent years training for the Olympics, girls cannot throw. When you have a high explosive device with four and a half seconds between the pin being pulled and the fatal explosion it is simple. You do not want to find it spending three of those seconds above your head rather than on a trajectory to the distance. The training instructor hates this. I don’t know if that is still the case or if army girls have now found a formally undiscovered ability to throw dangerous bombs a long way from themselves.

Back to the garden though. I’m sorry but I do not know of any of my gentlemen friends who spend time on delicate things in the garden. They do the digging and hefting. Or they smoke cigarettes while tending a small beehive, you know who you are. (There is even a little known and slightly derogatory phrase for an ‘effeminate’ chap. “He knows his flowerbeds”.) Some of my friends don’t go into the garden at all except to light a BBQ, which is also man’s work. Men cooking meat, with fire. I have never been to anyone’s house in all my life where the man was in the kitchen making some token shrubbery to go with the meat (women seem to like greenery with cooked meat), while the wife or girlfriend was standing at the fire with the BBQ implements poking the real food.

Why is it that all the celebrity chefs are men while the women on television in the kitchen are more thought of as cooks. We know that Gordon and Aldo, Hugh, Jamie and Rick, Ainsley, Michel, Antonio and that fat Italian bloke are all Chefs. Whereas Delia, Nigella, and Mrs Beeton are cooks somehow. It’s like the men are in there shouting and stressed, conjuring up magical food to impress each other and us with their creative genius. The women just want to feed the family.  Men are show-offs. Look at master chef in the UK. We have some shouty Australian who I understand is also a chef and an ex Greengrocer from Peckham pacing a kitchen like prison camp guards. Meanwhile the stress and the show soundtrack, the drama and tension are astonishing. Do they think they are cooking supper or discovering a cure for cancer? It is ridiculous. Women do not shout or make threatening statements in the kitchen. We are not equal in the kitchen.

Back to the kitchen though. I know of few chaps who spend any real time in there. Wife and husband go to work. Wife comes home and cooks supper while husband does whatever he does in the evening. On occasion the husband will say, “No darling, I shall cook tonight!!”. The preparation of the meal then becomes a culinary event rather than supper. In my house that hardly ever happens as I ‘m not one for cooking if I can avoid it. I get little satisfaction from it, The confusion of timing things right winds me up and makes me cross and stressed. So I tend to chop things into bits, pass other things to the chef to be made in to food, that sort of thing rather than the actual creation of a meal. I do enjoy food though. You can tell this by looking at me. I am not about to keel over from malnutrition any time soon. At meal time what I do is make the drinks, I also contribute by eating the food.

Most men I know also have fairies in the house. You know, magic fairies. They clean up things, tidy up newspapers. They pick up the discarded bits lying about, put things away, they magically keep the house from dissolving into a dusty shambles. Unfortunately women don’t have these fairies. It’s a man thing. Again not a lot of equality here. Why don’t women get fairies? Mind you, some who live in the countryside do, but it’s a rather manky fairy that lives somewhere near the cesspit or drains and is not at all the same thing.

So in my view, until women get their own fairy, like we chaps have, equality will be a pipedream. It’s probably that simple.