Its a kids toy not a danger to life and limb! 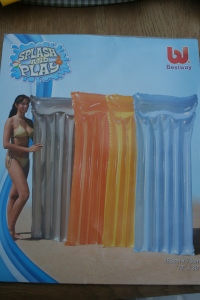 People are always banging on about the ‘elf & Safety’ Nazi’s and how it’s all gone mad. We have lot’s of good examples in the papers every day of some beaurocrat jobsworth at some council or other ruining everyone’s fun by making them put a guard on a circular saw or some such nonsense. We mutter about it a bit and then move on. However this little beauty is one that I just have to have a little chat about.

We are off on holiday shortly, the place we are renting has a pool. My wife Jenny loves to loaf about in a pool, especially on a Lilo. As we don’t have one and don’t know if the house with the pool has one, Jen thought she would buy one from the internet. Just a cheap one as we will have no further use for it after the holiday. So the parcel arrived in due course and upon opening the package we were presented with this very fetching picture of a nice lady in her bikini showing how to stand Lilo’s on end. They look like large jellies.

We opened said package to have a look at the Lilo and what happened next made us wonder what people get up to with Lilo’s. 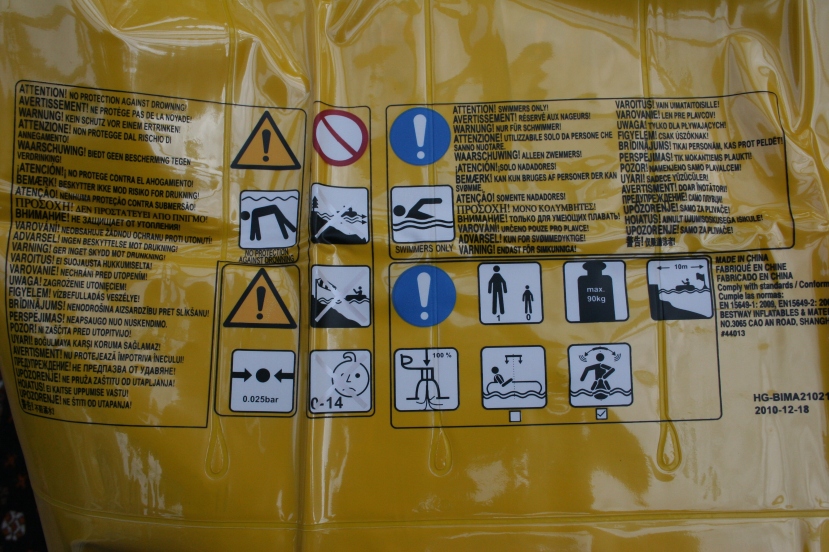 Just look at it for a minute. This is a Lilo! The amount of shouty warnings and threats of doom if precautions aren’t taken is astonishing. Have another look at the picture.  Have you ever seen so much rubbish about the perils of using a Lilo. Look at the bottom middle icon. It appears incorrect use of a Lilo will make a ‘stick horse’ wee itself? What else could that image be of? Look at the other icons. Any idea what any of them are warning against? No? Me neither. However as they say in the shopping channel shows, “but wait, there’s more!” 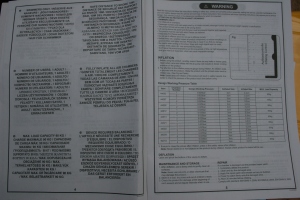 There is a book as well to warn of the horror’s of incorrect Lilo usage. The book has a table on with a title of ‘Design pressure working table’. That’s right, with all the information in the 18 rows of the table, all exactly the same!  Above the table are 12 separate instructions for safely using the Lilo. With in bold at the very top it shouts “ATTENTION, NO PROTECTION AGAINST DROWNING”. Well I am sorry but I venture to differ. If you can’t swim and you find yourself inconveniently immersed in water deep enough to drown in. I reckon if you had a Lilo handy you might find that excellent protection against drowning. However imagine for a moment how devastated you would be if you were actually drowning and someone gave you this Lilo. You read carefully all the Health & Safety gubbins and there in bold print on the Lilo, supported by an icon, is the fact that you won’t have any protection from drowning at all. Do you cast it aside in despair? What of the stick horse weeing itself? Or the face with a cowlick with a cross through it? Does that mean that owners of comedy hair from the 50’s shouldnt use the Lilo either? Certainly not if they are drowning. This Lilo has more warnings than a nuclear reactor. How did we get to this? Are there people drowning every day from misuse of a flotation device?

Look at the photo on the right. Look at the safety information for something that can shred your feet if you are inattentive for a fraction of a second. It has one sentence of warning, which is all you need.

Finally, just this morning I saw a sign on a shoe recycling bin warning of the chance of injury if you try to climb into it! Surely this is somewhere that natural selection should apply. In that if you are stupid enough to try to climb into a shoe recycling bin, then nature should be allowed to do its worst? If you need warning about this sort of thing are you really someone we want in the gene pool?

So we are off on holiday with our very dangerous flotation device in the boot. Lets hope we don’t come to any grief in the pool.